Posted on January 4, 2009 by athosweblog 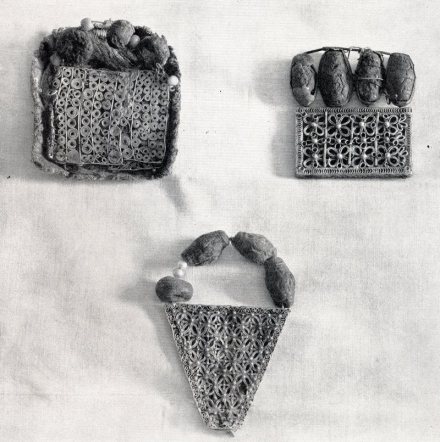 The Wise Men then presented Jesus with three gifts – gold (a precious alloy), frankincense (perfume) and myrrh (anointing oil). Scholars debate whether the gifts were medicinal or materials, but each had symbolic value. Gold was kingship on earth, while frankincense represented the priesthood. Myrrh symbolized death. They contrasted greatly with the Jewish tradition of offering sheep. It is believed the three gifts were consigned to a golden case in the monastery of St. Paul on Mount Athos. They were given to the monks in the 15th century by Maro, daughter of the king of Serbia. They were part of relics housed in the Holy Palace of Constantinople, where they have been on display since the 4th century.
Read here the whole story of the 3 wise men from the east. Recent images of the relics here.
The photo is from the book Monchsland Athos 1941 by Dolger. 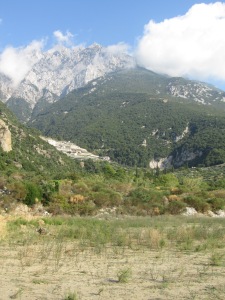 Paulou and the mountain
hv