Posted on September 8, 2008 by athosweblog

From the book “The Russians on Athos” from Fennell I copied this interesting text: 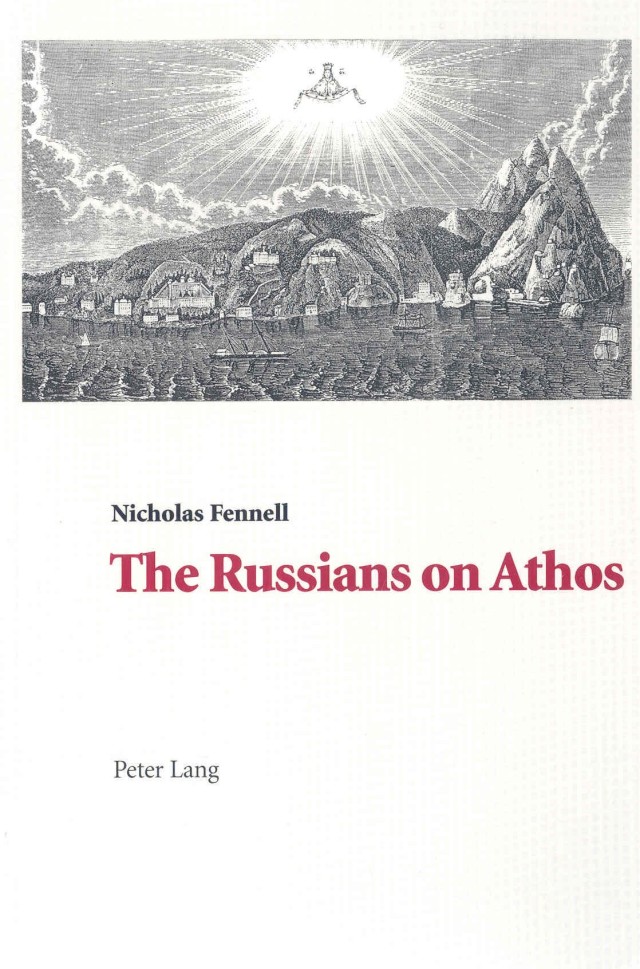 “Today measures have been taken to restrict the numbers of pilgrims on the Holy Mountain: Greeks and foreigners alike are discouraged from staying more than four days and permission is given to very few non-Greeks to set foot on the peninsula each day. There were no such restrictions a century ago. History has taught the authorities today that too many people, particularly laymen, destroy the peace for which Athos is famous.

The population of the Holy Mountain in the first decade of the 20th century was just under ten thousand monks. This was greater than at any time in Athonite history. The figure does not account for laymen, pilgrims, officials, tradesmen and hired workers; nor does it account for those on the margin of Athonite society, the siromakhi, and other wandering mendicants. Monks Dorotheos calls them kaviotes and defines them as unattached rasophors or laymen in monks clothing.

People could consider the monk on the photo above as a “Siromahki” from the book by Sidney Loch. But Loch says that this is a “Hermit kissed by God”. Our reader J.C. Grenier has let us know that this man is named P. Georges.

J.C. Grenier continues:
“The monk in rags and on top of that there is a raven is not a “kaviote.” He enjoyed on Athos a reputation as a saint despite its attempts to hide in infringing madness”.

The Kaviotes lived some of the time in huts, known as kavia, went from place to place doing odd jobs and received charitable donations of food and money.
The three Russian houses, particularly the monastery, were famous for the help they gave the ‘siromakhi’. On Thursdays, Sundays and feast days up to seven hundred would gather at the gates of St Panteleimon to receive small change and bread which was distributed from great wooden bowls. 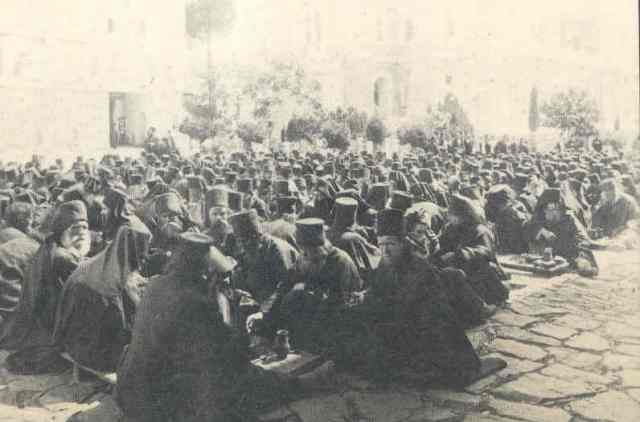 Skiti Andreou 1905: hundreds of Russian monks (no siromahki !?) gather for a feast (from Erich Feigl’s book)

The St Panteleimon guide-book to the Holy Mountain described the siromakhi as blessed non-possessors akin to the stranniki in Russia. At the beginning of the century, however, there was a significant criminal element among them. A Russian visitor wrote:
The siromakhi and wandering monks sometimes behave themselves in such a way that the St Panteleimon brethren did not advise to go without a guide far from the monastery into the woods where we might come across these monks.

Pavlovski spoke of the need to defend the Athonite houses from bands of brigands that committed robbery with violence. In 1908 Priest-schemamonk Moisey, the founder of the Kellion of St Ignatius the Godbearer, was murdered on Athos by bandits. The siromakhi continued to behave do disreputably in the following decades that they were banned from the Holy Mountain by official decree of the Koinotis on 16 april 1931.”

Even in 1979, when Rolf Gross visited the Holy Mountain, there were still rumors of violent monks, that you might encounter on the path between Lavra and Skiti Anni.

“I had repeatedly inquired after the path across the steep southern escarpment of the mountain, but nobody I met had ever walked there. I was strongly warned of going there, just last year an Austrian had fallen to his death attempting the traverse, the path was dangerously exposed – besides the area was inhabited by wild monks who would roll stones into your way and try to rob you. When I heard this tale I firmly made up my mind to dare it; too obviously these were horror stories. Yet still next morning a Greek from a surveying party seriously tried to talk me out of my plan. “Alone, all by yourself, you are crazy!”. It turned out to be the most beautiful walk on the whole mountain.

I walked this trail in 1986 for the first time and did not meet any dangerous people, nor did I see any real siromakhi in 1980, accept for one drunk “layman-monk” in the old restaurant in Karyes.