The last book I bought about Athos is from a Dutch writer, Dr. W.P. Theunissen. 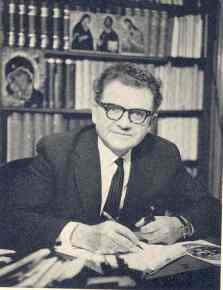 He visited the Holy Mountain in 1934 for the first time and his first book about Athos was published during WW2 in 1944. His second book â€œOp de Heilige Berg Athos – in de tuin van de Moeder Godsâ€ was published in 1965. This book containes a lot of black and white pictures from different photografers: 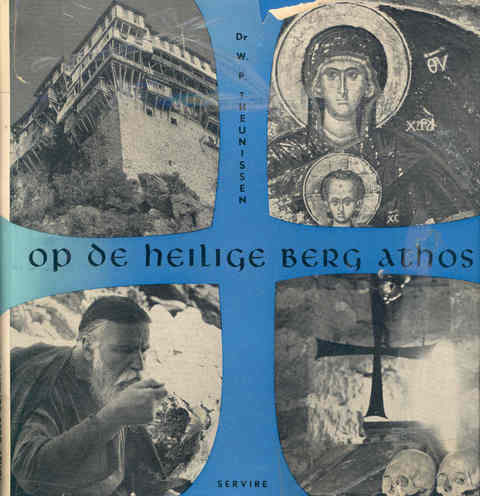 In the copy I bought the author wrote this text (in Dutch): 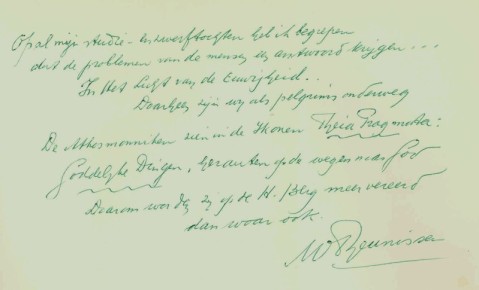 I tried to translate the poem in English:

On all my study trips and wanderings I understood
That the problems of mankind got an answer
In The Light of Eternity
As pilgrims we are on the road to this light
The monks of Athos see in the icons: Theia Pragmata:
Divine things, messengers on the roads to God,
Thatâ€™s why He is being worshiped on The Holy Mountain, more than any place.
W. Theunissen

As I said, there are al lot of black and white pictures in the book, of which I will show you some here. As a follow up of nr 387, first some pictures of monks: 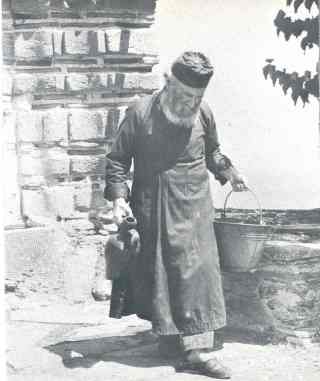 This entry was posted in books. Bookmark the permalink.