Robert Curzon, 14th Baron Zouche (16 March 1810-2 August 1873), was a notable Victorian English traveler, travel writer, and diplomat, active mainly in the Near East. He is perhaps best known as being responsible for the “purchase” of some of the most important early Bible manuscripts from Eastern Orthodox monasteries.
In his Visits to Monasteries in the Levant [1849], he described and justified his takings. He visited Mount Athos in 1837, and at the Monastery of St Paul, he recounts how the abbot said ‘We make no use of the old books, and should be glad if you would accept one,’ upon which he took two, including a fourteenth-century illuminated Bulgarian gospel, now in the British Library.(wikipedia) 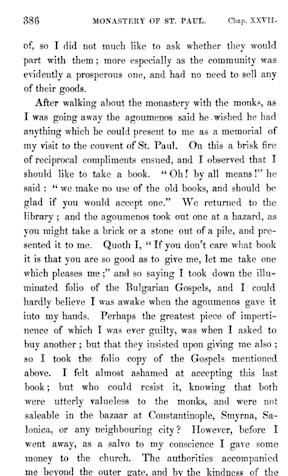 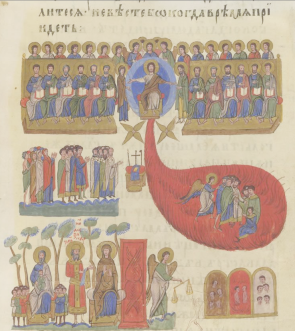 This entry was posted in books and tagged Curzon, manuscript. Bookmark the permalink.